Being a chef on a superyacht is one of the most challenging jobs in haute cuisine. Not only are you confined to a rolling galley that is often smaller than most restaurant kitchens, but you’re cooking for millionaire owners who expect exceptional meals. Every time.

Judging from last week’s Superyacht Chef’s Competition, a seminal event of the annual MYBA Charter Show, the quality and creativity of oceangoing cuisine is just as sophisticated as the restaurants they compete with on land.

The ultimate beach appetizer was plated and presented to celebrity-chef judges of Michelin-starred restaurants.

The event was hosted in Barcelona’s superyacht hub Marina Port Vell. One of Europe’s culinary capitals, Barcelona has 25 Michelin-starred restaurants across the city and province. Four of the judges for this year’s competition are among the most respected chefs in the Catalan region. The MYBA Charter Show also attracted brokers from around the world, who looked for the highest standards among charter yachts and crews, including the cuisine, for their high-net-worth clients. (Disclosure: Robb Report is a sponsor of the event.)

This year’s theme was “Mediterranean Beach Picnic.” The competition was divided across three sizes of superyachts, with a “Signature Beach Cocktail” contest running in parallel.

The rules were simple: All ingredients had to be prepped and cooked aboard the yachts, before being transported ashore where the dishes were decorated, plated and presented, within a 30-minute window, to the celebrity chef judges. The pressure was on, not only because of the experts tasting the food, but also because of the short timeframe. 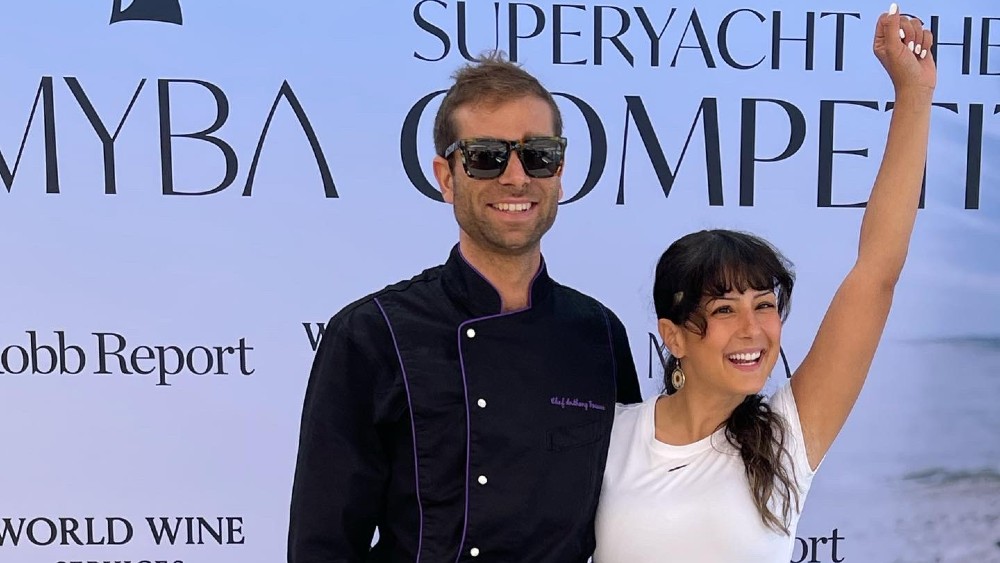 Chef Anthony Fossani and Chief Stewardess Leah Efraimov from the 150-foot Pisces won the 42- to 47-meter (138- to 155-foot) yacht category for both the beach picnic and cocktail competitions.

“It’s not an easy task preparing food to be transported from the yacht to the beach,” Antonio Mellino, chef and owner of Quattro Passi on Italy’s Amalfi Coast, told Robb Report. “Dining on a yacht is comfortable, but on a beach, less so. So, we’re looking for the chefs who best understand this and create a memorable dining experience using fresh ingredients.”

Mellino, whose restaurant has two Michelin stars, has been a longtime supporter of the superyacht chef’s competition.

Other members of the celebrity judging…

,
To read the original article, go to Click here

Explore these amazing destinations with a yacht charter in Malaysia