Why? Without sunshine, you won’t get very far.

Thankfully, the searing Florida sun is beating down as we take to Fort Lauderdale’s bustling Intracoastal Waterway to try-out this eco-friendly Silent 60. With its roof and foredeck crammed full of solar panels, the sixty-footer is humming along at a leisurely six mph on just zero-emissions battery power.

The batteries are recharged by solar panels that occupy nearly every available square foot of exterior space.

Just as its name suggests, the ride is hushed, with just the gentle, soothing sound of water bubbling-up in the wake to interrupt the peace and quiet.

“Silent running is top of the list when it comes to what appeals to our customers. They don’t want to hear engines or feel vibration,” Silent Yachts’ in-house designer Juliana Miguel told Robb Report, during the run.

“These days it’s also about fuel costs,” adds US sales director, Philip Bell. “One customer ordered a new 60 after getting tired of using his 80-foot Italian motoryacht for weekend trips to the Bahamas and spending $12,000 on fuel each time.” 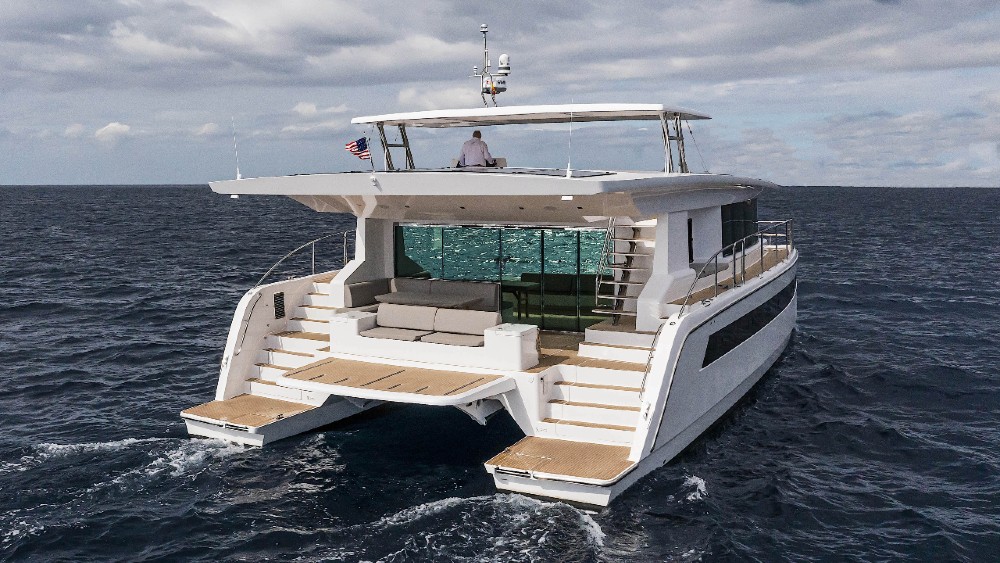 The 30-foot beam delivers strong interior space and wide social areas on the outside.

The Silent 60’s claim to fame? Quiet, zero-emission, electric-only cruising at 7 to 8 mph for up to nine hours, or roughly 100 nautical miles a day. Throttle back to 4 mph, and the company says you have the possibility of near perpetual motion.

We’re sampling the third hull of the constantly evolving Silent 60 series that launched last summer. Silent has been the leader in inventing the solar-powered electric-cruiser niche. Replacing the original Silent 55, the 60 has been such a boat-show hit that more than 30 are currently awaiting construction at Silent’s yards in Fano, Italy and Istanbul, Turkey.

The yacht we’re on is an original folding-hardtop version, with its cantilevered roof panel that, at the push of a button, lowers to cover the small, open flybridge area. Tastes, however, are evolving. 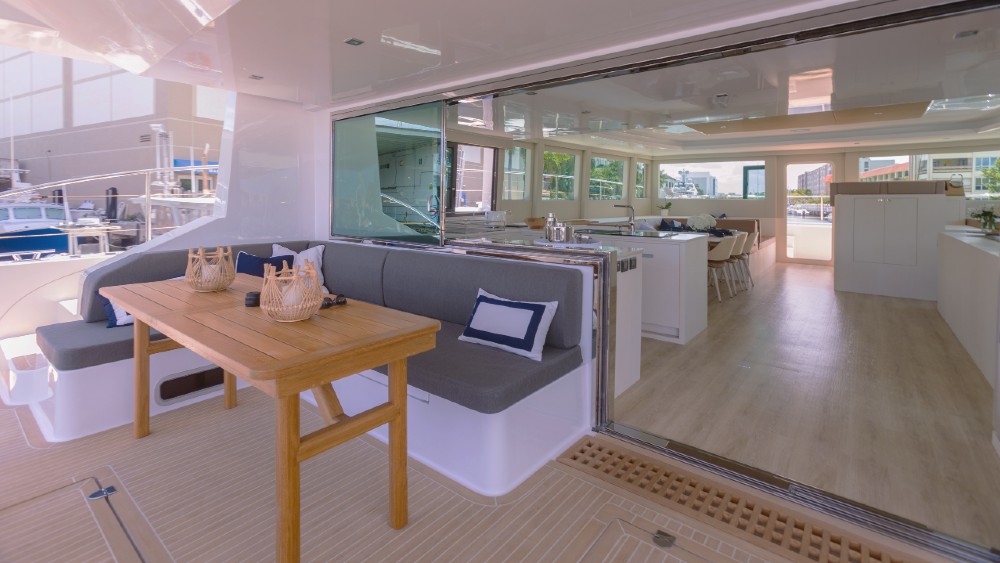 The boat’s 30-foot beam allows for an apartment-sized, open salon.

According to Bell, most of the new 60s currently in build are “tri-deck” models,…

,
To read the original article, go to Click here

Recreational Boat Market to Reach Around $60 Billion by

Your site doesn’t have any tags, so there’s nothing to display here at the moment.